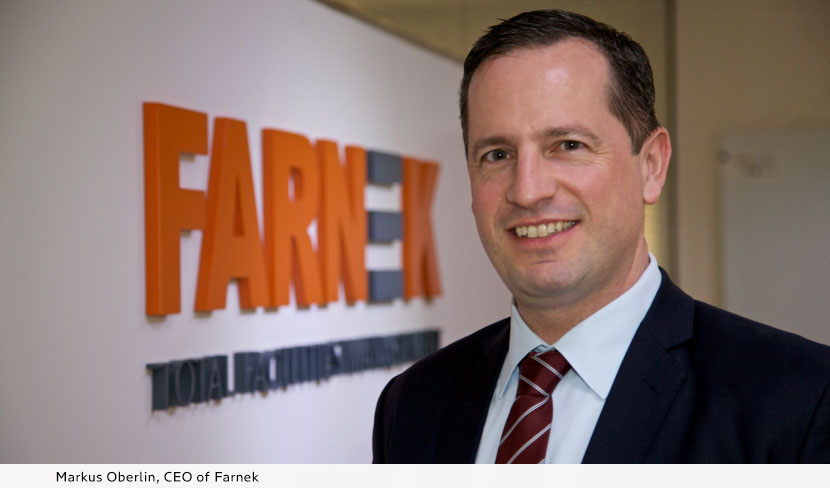 Dubai, United Arabi Emirates, 5th July 2020: According to a research study carried out by leading UAE-based technology and sustainability-driven facilities management (FM) company Farnek, Dubai hotels may have missed out on an opportunity to save thousands of dirhams in energy consumption.

Farnek took a snapshot of the energy and water consumption and waste management of 12 Dubai hotels, both four and five-star properties, using hotel energy data with its own internet-based software, Hotel Optimizer. This online tool currently tracks the performance of more than 100 hotels across the Middle East, measuring and benchmarking energy, water and waste.

The findings were presented to key hospitality figures, during a recent webinar, hosted by leading sustainability experts from Farnek, the Swiss Business Council and Earth Matters Consulting.

The study revealed that for the three-month period between March and May this year, compared with the same period last year, Dubai hotels may have each missed out on an opportunity to save at least AED 80,000 in energy costs and to reduce their carbon emissions by 74 tonnes in the process.

Commenting, Markus Oberlin, CEO of Farnek said: The hotel industry has faced significant challenges since the outbreak of the coronavirus, not least with airlines grounded, Expo 2020 postponed, low oil prices, social restrictions and low consumer confidence. Therefore, it is vitally important that hotels make the most of any cost savings wherever possible and the first step as always, is to identify the opportunities.”

Farnek discovered that average occupancy at the 12 hotels during March to May 2019 was 73%, however, due to the restrictions associated with the COVID-19 pandemic, average occupancy slipped to 25% during the same period this year.

Nadia Ibrahim, Head of Consultancy at Farnek said, “Energy consumption for the 12 hotels during the three-month period last year was 32,000 MWh, which fell to 23,000 MWh for the same period this year. However according to our calculations, had these hotels put an effective energy management strategy into practice, they could have reduced their consumption to 19,000 MWh a saving of 4,000 MWh or 17.4%.

“That’s equivalent to a saving of AED 1.45 million, plus it would have reduced their combined carbon emissions by 1,350 tonnes. In summary taking an average individual performance, a hotel with 300 rooms could have reduced its energy consumption by 200,000 KWh during March, April and May, resulting in cost savings of AED 80,000 and reduced carbon emissions of 74 tonnes.”

Regarding waste, the international standard for hotels is broadly accepted as one kilo of waste per guest per night. From the Hotel Optimizer waste data analysis, it was observed that the hotels reduced their waste by 45% from Jan to May 2020.

However, the kilo per guest night was at an average of five, which means in spite of lower occupancy hotels were having a baseload of waste which if managed efficiently, could further reduce waste and bring down disposal costs.

“Dubai hotels have always been extremely successful and rarely have they experienced prolonged periods of low occupancy. So, operating in this ‘new normal’ has been challenging for them. In contrast, it is interesting that hotels elsewhere in the Middle East that are used to low occupancy periods, have controlled their costs relatively better than their peers in Dubai,” she said.

The guest presenter of the webinar was Matteo Boffa, Head of the Environmental Group at the Swiss Business Council. Talking about the webinar, Boffa commented:

“Swiss businesses like Farnek, are renowned for their sustainable initiatives, particularly through the use of innovative technology. The COVID-19 pandemic has presented many economic challenges to commerce, industry and society in general. The clear message we wanted to convey to these hospitality leaders was that environmental best practice will save money as well as reducing carbon emissions. It is a win-win situation.”

Moderating the webinar, Tanzeed Alam, Managing Director of Earth Matters Consulting said, “Sustainability is a strategic topic for hotels to address at board level, which is even more important today given the challenges posed by the pandemic. This will help to ensure that the hospitality sector is at the forefront of tackling global climate change.”

There is also an energy handbook can be downloaded from www.hotel-optimizer.com