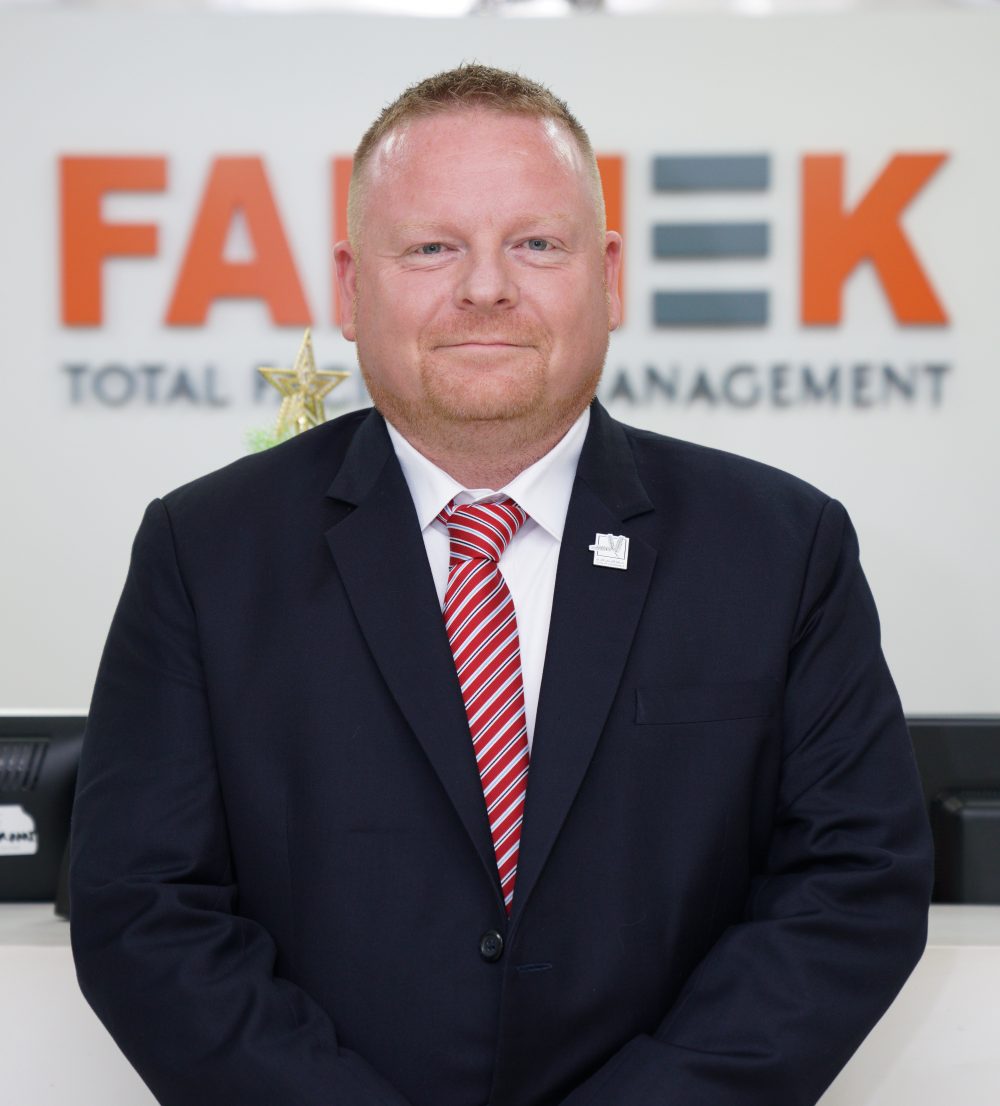 The UK national had previously spent 17 years with the Metropolitan Police Service, working in central London. Philip was an emergency first responder, management and tactical advanced pursuit driver, as well as a trained anti-terror detention officer and senior management liaison at critical incidents.

During his career, Philip has amassed an impressive array of awards, receiving the Metropolitan Police Service’s ‘Baton of Honour’ in 1999 and the Commanders Commendation six times between 2005 and 2016, as well as the Commissioners High Commendation in 2005. He is a member of the American Society for Industrial Security (ASIS) and the Association of Personal Protection Agents (IAPPA).

Markus Oberlin, CEO, Farnek, said, “Philip has had a long and distinguished career with the Metropolitan Police and brings with him a wealth of experience and technical knowhow.

“Automation, intelligence, and resource efficiency are the future of modern security. Philip will not only drive our strategy to further develop our command and control room capabilities, biometrics and time & attendance solutions, he will also direct the bespoke training requirements for all of our security personnel.”

Research by Frost & Sullivan indicated that demand for IP-based video surveillance systems, access control and intrusion detectors would continue to drive the market, which is supported by increased government spending on infrastructure projects and the introduction of new and more stringent regulations, creating additional market opportunities.

Farnek has invested more than one million dollars into research and development to advance, innovative tech-driven initiatives such as biometrics and its multifunctional smartwatch technology.

Unique to Farnek’s security offering, the Android watch is programmed, coded and developed in-house and provides attendance and incident reporting as well as call facilities, Geo-fencing, photo & video functions and health monitoring. All watches are connected to Farnek’s state-of-the-art command centre, to pinpoint the exact location of guards and provide them with real-time updates.

Farnek Security Services has grown substantially over the past year. With the purchase of Certis security services, it has added 1,800 employees to its payroll and increased its guard force and contractual commitment by over 400%. It is one of only a handful of FM companies in the UAE to have a security licence in Dubai, Abu Dhabi and the Northern Emirates.

Philip, who arrived in the UAE in June 2016, has spent the last three and a half years working on consultancy projects with embassies, retailers and property developers. He has created, managed and audited physical and electronic security systems and manned guard forces, including planning and implementing security services at major sports and entertainment events.

Commenting on his role, Philip said: “The use of technology and creating synergies with other elements of FM, is key to expanding our portfolio in a cost-efficient manner. Farnek is in a good position to take advantage of this opportunity.

“Training is also key. Tailoring programmes to suit certain market sectors, such as customer service for the hospitality sector and loss prevention in retail outlets, for example, can provide clients with the assurance that they are getting the right guards for the right job and most importantly, heightened performance.”

Philip also shared his own thoughts on the UAE FM market going forward.

“The market here is highly competitive, with many smaller, specialist companies vying for major contracts. In this post lockdown environment, costs are coming under even more pressure and businesses that cannot innovate technically or provide economies of scale will be vulnerable. I think that there will be considerable consolidation in the market, over the next 18 months,” he said.